AAPI HERITAGE MONTH
Back to Index

The month of May is dedicated to celebrate the AAPI community, so let's utilize not just this month, but everyday to help combat racism, xenophobia, violence, and bias against the AAPI community. For more information about the history about AAPI Heritage Month, check out the Asian American Heritage Government website.

In the meantime, join us in celebrating Asian American and Pacific Islander Heritage Month by checking out these films by Film Fatales members.

Football and feminism collide in this feature documentary that follows two former NFL cheerleaders who file class-action lawsuits against their teams and the league alleging wage theft and illegal employment practices. After more than 50 years of pervasive silence, these young women expose the gender inequality at the heart of America's favorite pastime, while facing exile from their communities and the job they love. Their fight is a microcosm of the battle women wage across all industries today.

For more information about A Woman's Work, check out the film's official website, television link, or watch on Amazon, iTunes, Google Play, Vimeo, and Fandango. 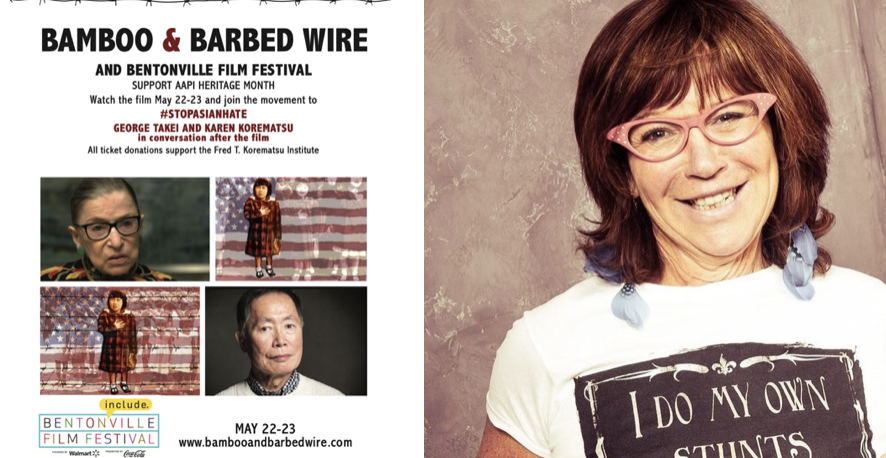 BAMBOO AND BARBED WIRE and Bentonville Film Festival Support AAPI Heritage Month! A 48-hour Screening Benefit and Conversation to #STOPASIANHATE with GEORGE TAKEI and DR. KAREN KOREMATSU. As we continue to amplify the #stopasianhate movement and also celebrate AAPI Heritage month, we are excited to announce a very special screening of Karen Day's 2019 alumni film BAMBOO AND BARBED WIRE taking place MAY 22nd - 23rd! In addition to the 48 hour virtual screening, there will be an exclusive conversation following the film with George Takei and Dr. Karen Korematsu. A portion of ticket sales for the event will benefit the Fred. T. Korematsu Institute.

Check out the official website for Bamboo and Barbied Wire. 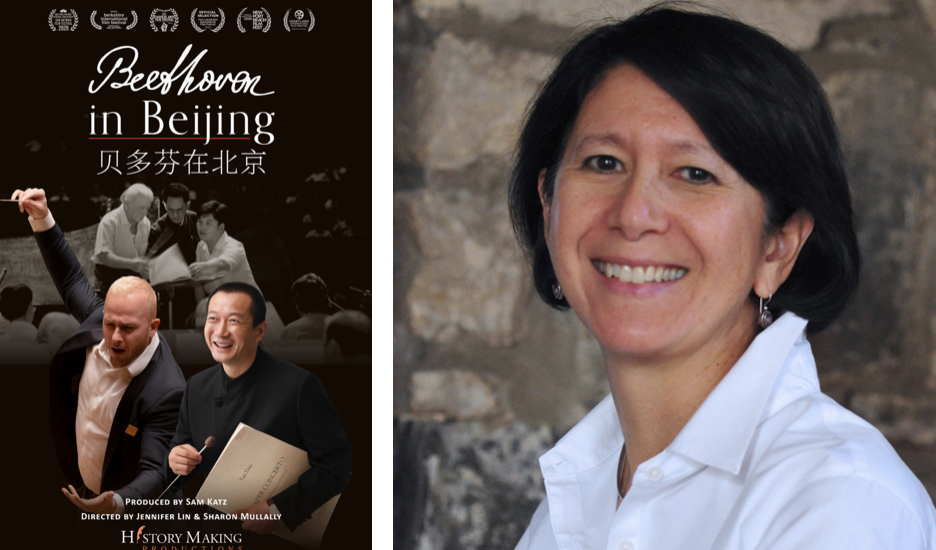 For more information about Beethoven in Beijing, check out the official website and PBS.org. 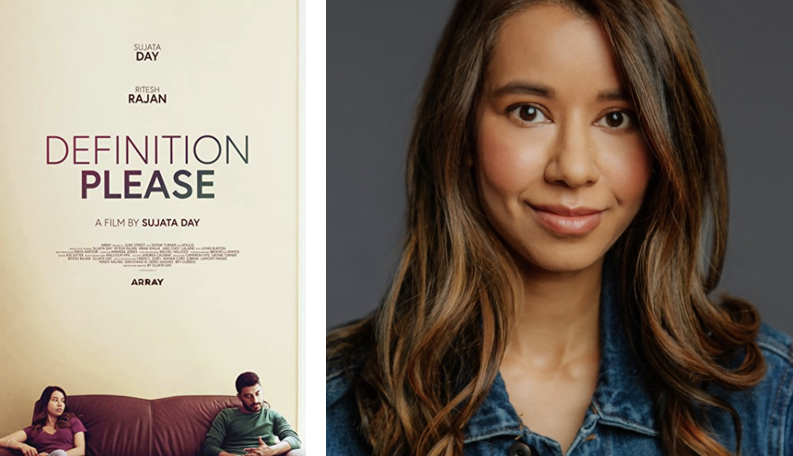 "Definition Please" stars Sujata Day ("Insecure") as Monica, "a former Scribbs Spelling Bee champion who must reconcile with her estranged brother when he returns home to help care for their sick mother."

Check out the official website and watch on Netflix for Definition Please. 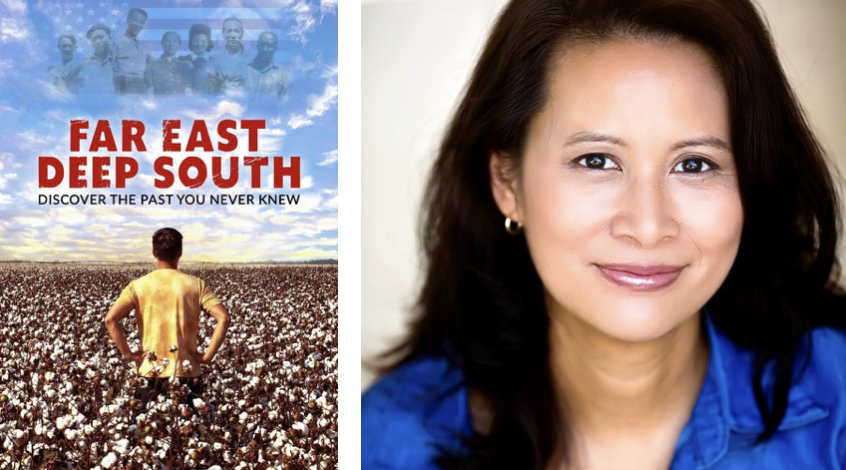 Far East Deep South follows a Chinese American family's search for their roots that takes them on a surprising journey through Mississippi, uncovering otherwise unknown stories and the racially complex history of Chinese families in the segregated South. 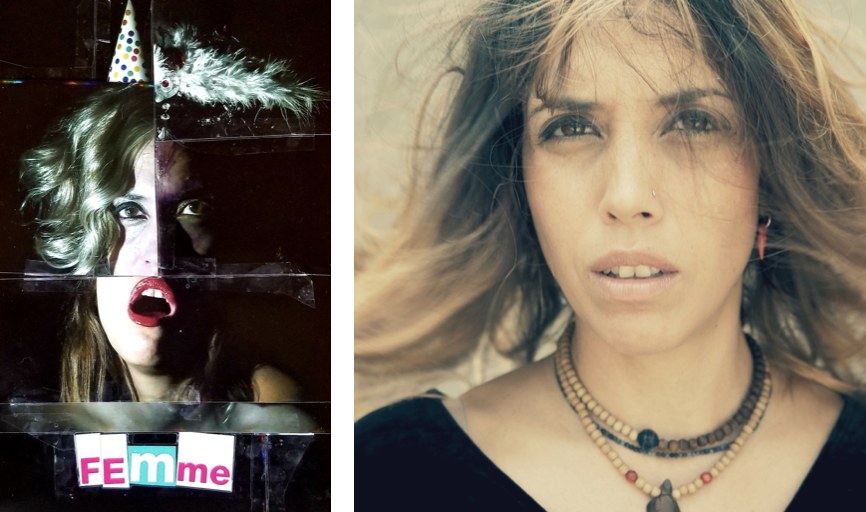 Femme is focused on and inspired by Latin American women in South Florida who in some way have felt oppressed by their social circumstances.

You can find out more information about Femme on Carla's official website and view on Vimeo. 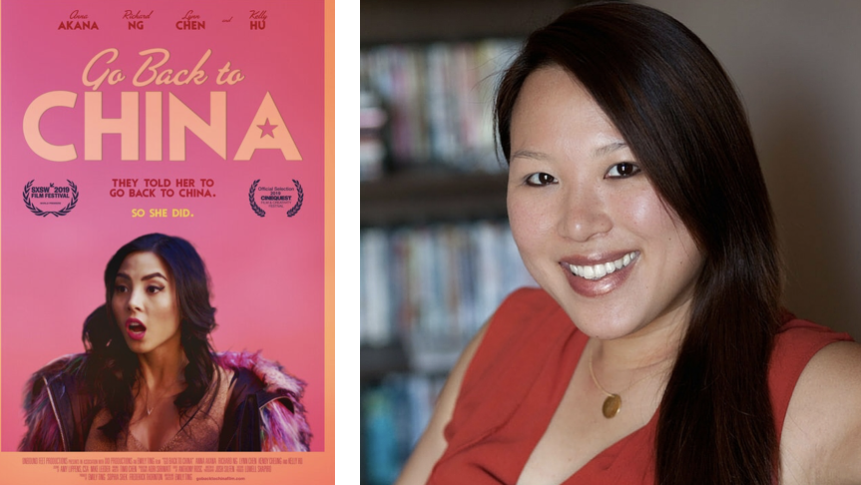 Go Back to China directed by Emily Ting

When spoiled rich girl Sasha Li blows through half of her trust fund, she is cut off by her father and forced to go back to China and work for the family toy business. What begins simply as a way to regain financial support soon develops into a life-altering journey of self discovery.

Check out the official website, theatrical link, and watch on Amazon and iTunes. You can even read more about the film in this article. 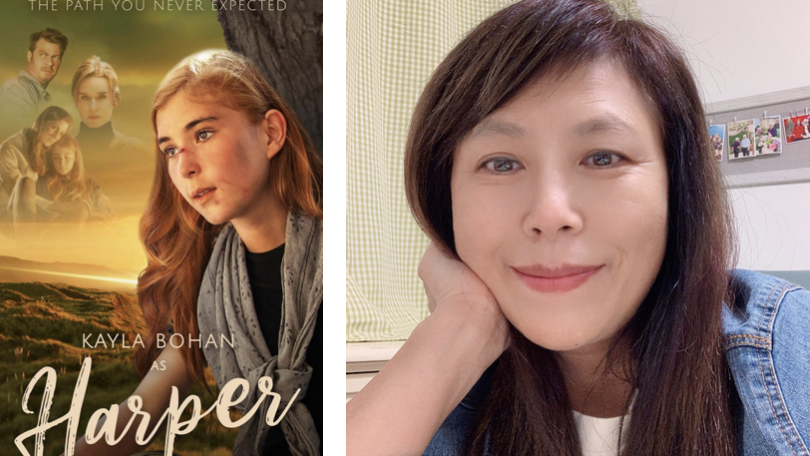 Harper, an 11 year old girl's life is shattered when her father dies suddenly. Sent to live on a dilapidated farm with an Aunt she's never met, Harper must adjust to her new reality. However, just as she settles in, ISABELLA, her wealthy mother, appears to claim the child she abandoned at birth. 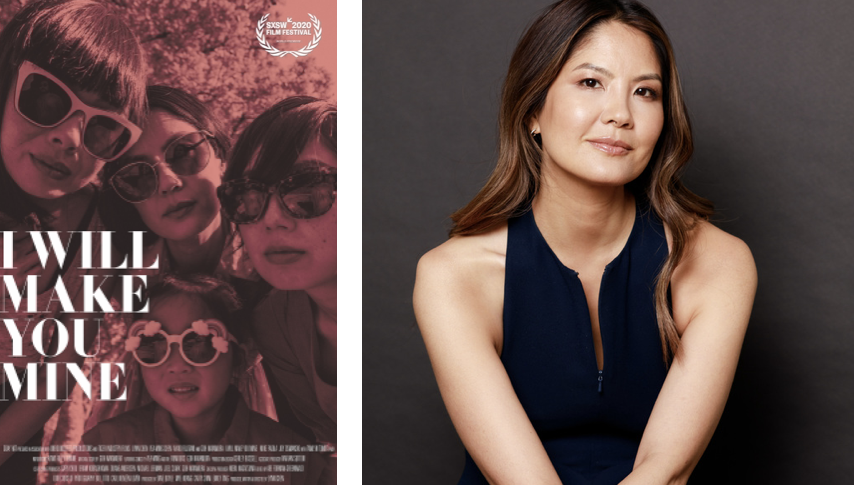 I Will Make You Mine directed by Lynn Chen

I Will Make You Mine - Three women wrestle with life's difficulties while confronting their past relationships with the same man.

For more information on the film, browse the official website, theatrical link, and watch on Amazon, iTunes, and Google Play. 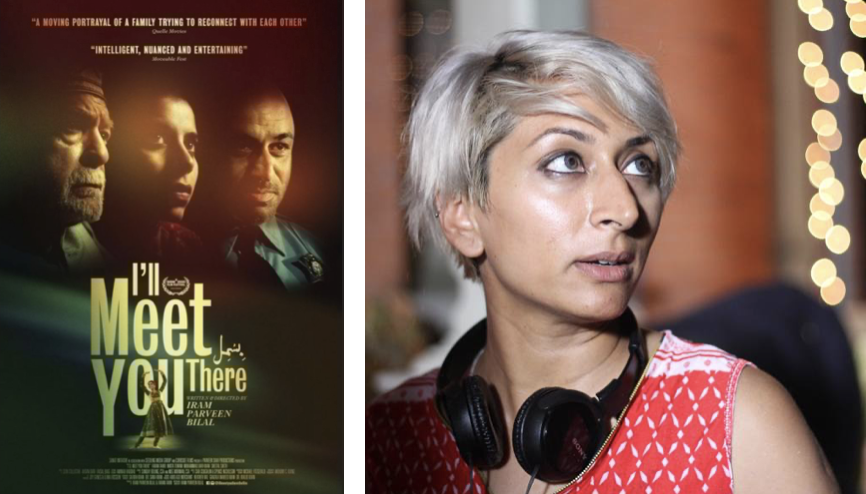 I'll Meet You There directed by Iram Parveen Bilal

I'll Meet You There is a family drama following the father-daughter journey of Majeed, a Chicago policeman, and Dua, his teenage ballerina daughter. Eager for a raise, Majeed is cherry-picked to go undercover in a mosque for a special FBI co-assignment. Shortly after, Baba, Majeed's long-estranged father, shows up unannounced from Pakistan. Majeed uses Baba as an excuse to reenter the mosque after a decade. Counter to his liking, Dua and Baba take to each other. Baba urges Dua to question her passion for dance in the name of religion. The family explores new truths about their present, past, and future until everything comes to a head in a surprise bait and switch by the FBI.

Lucy Dreams - A mother experiments with lucid dreaming to find her missing daughter, only to find herself trapped in a nightmare. This film won the Jury Award for Narrative Shorts at the 2021 Austin Asian American Film Festival, and is available for streaming on the Roku Channel.

To watch Lucy Dreams, check out this Vimeo link.

Set in 1971, against the backdrop of the Vietnam War, Strawberry Fields tackles the minefield between cultural history and personal memory. After a visitation from the ghost of her sister, a rebellious 16-year-old Japanese-American girl hits the road with her boyfriend in search of a better life. Joining forces with activist friends along the way, Irene comes to an important realization about her past; her parents were incarcerated in an internment camp during WWII. Detouring the road trip, she ditches her boyfriend and drives off into the Arizona desert determined to find the truth that will set her free.

To watch Strawberry Fields, you can go on the Criterion Channel website. 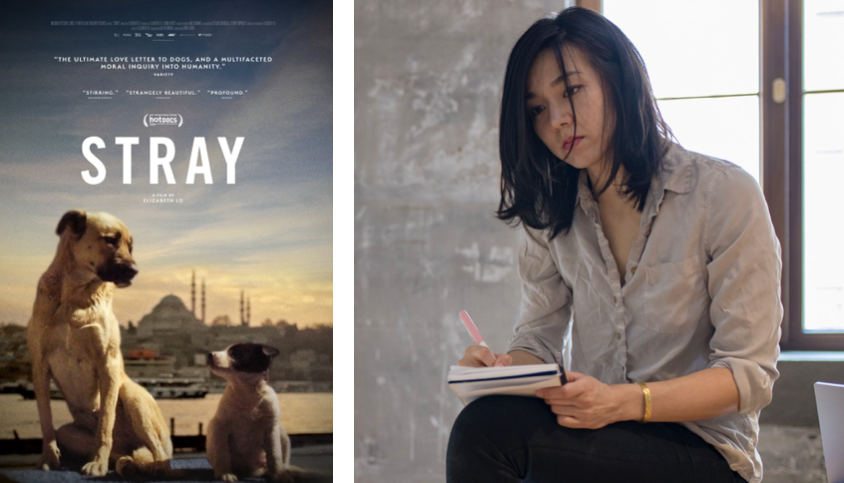 Stray explores what it means to live as a being without status or security, following three strays as they embark on inconspicuous journeys through Turkish society. Zeytin, fiercely independent, embarks on adventures through the city at night; Nazar, nurturing and protective, easily befriends the humans around her; while Kartal, a shy puppy living on the outskirts of a construction site, finds companions in the security guards who care for her. The strays' disparate lives intersect when they each form intimate bonds with a group of young Syrians with whom they share the streets. Director Elizabeth Lo's award-winning film is a critical observation of human civilization through the unfamiliar gaze of dogs and a sensory voyage into new ways of seeing. 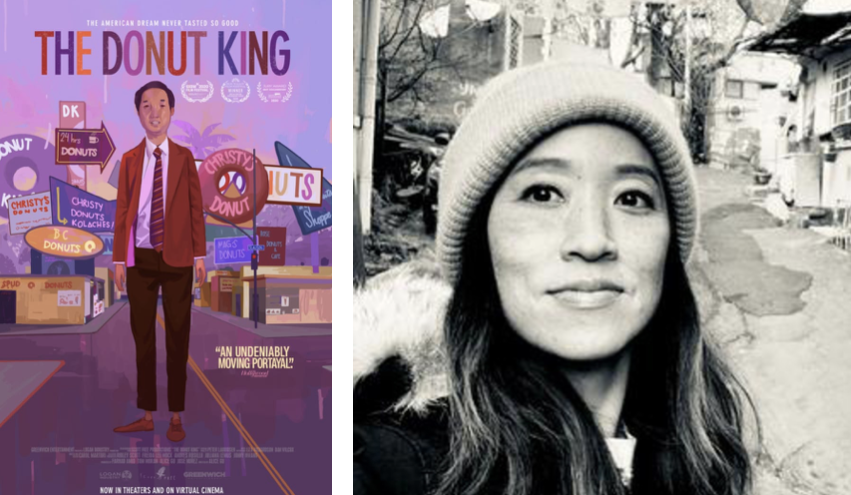 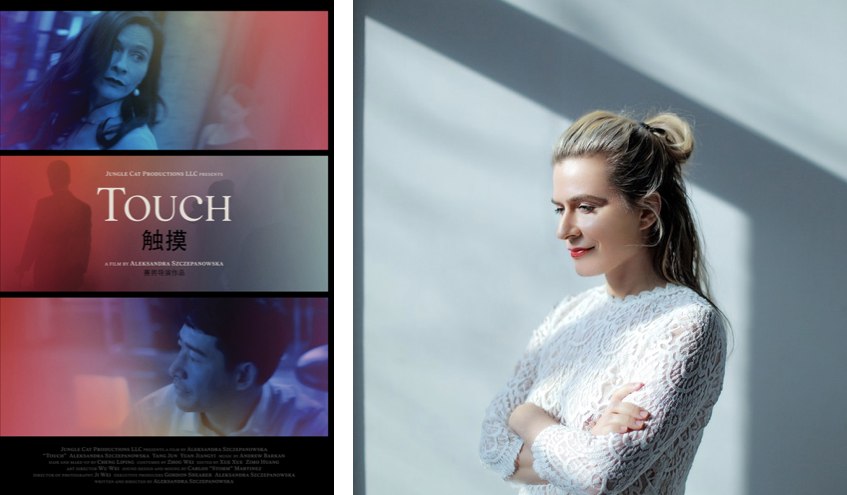 Fei Fei is a Western woman living an affluent, cosseted existence as the wife of Chinese executive Zhang Hua in a small resort town in China. But she feels deeply alienated from the country she loves, her friends and husband. Almost as quickly as she starts an affair with a blind masseur, she withdraws, leaving her lover obsessive, possessive, and possessed. The demons they've created finally implode in a clash of mixed desires and violent impulses. 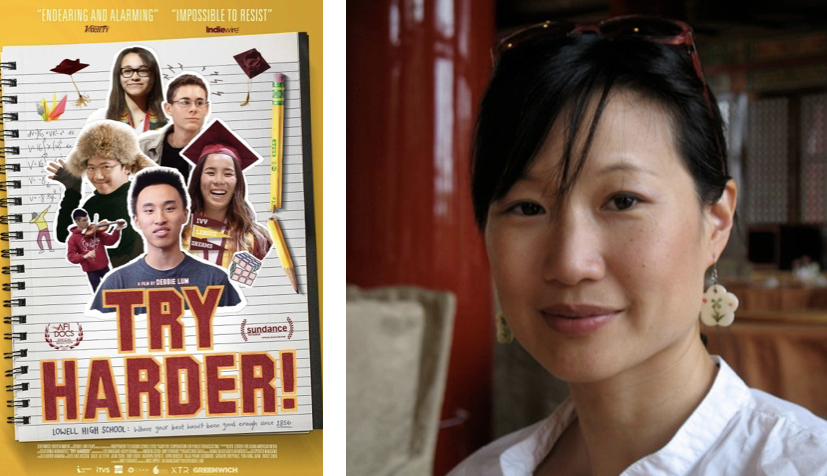 Try Harder! is available now to rent or buy on Amazon, AppleTV (iTunes) and more! At Lowell High School, the top public high school in San Francisco, the seniors are stressed out. As they prepare for the emotionally draining college application process, students are keenly aware of the intense competition for the few open spots in their dream colleges. At Lowell—where cool kids are nerds, nearly everyone has an amazing talent, and most of the student body is Asian American—the things that usually make a person stand out can feel commonplace. With humor and heart, director Debbie Lum captures the reality of the American college application process and the intersection of class, race, and educational opportunity as young adults navigate a quintessential rite of passage. 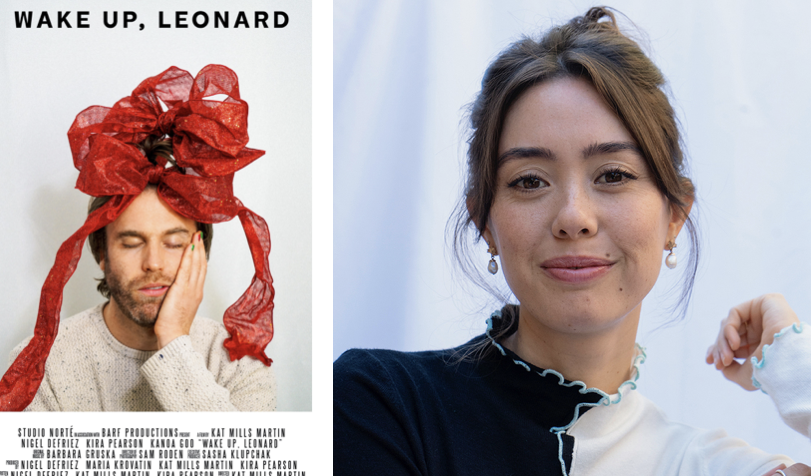 Part self-help nightmare and all comedy, Wake Up Leonard follows someone failing miserably to "stay on his vibe." It's the story of a broken-hearted seeker with a tenuous grasp on wellness and too much faith in the Universe. An improvised feature shot during the pandemic, Wake Up Leonard explores themes of mental health, queer love, and self-acceptance that asks, "It's a wonderful life?"

For more information about Wake Up Leonard, check out the film's official website and theatrical link.

Abercrombie and Fitch conquered malls in the late '90s and early '00s with gorgeous models, pulsing dance beats and a fierce scent. But their "all-American" image shattered as exclusionary marketing and hiring practices came to light, as told in the searing documentary, White Hot. 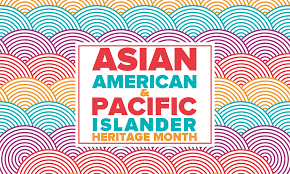