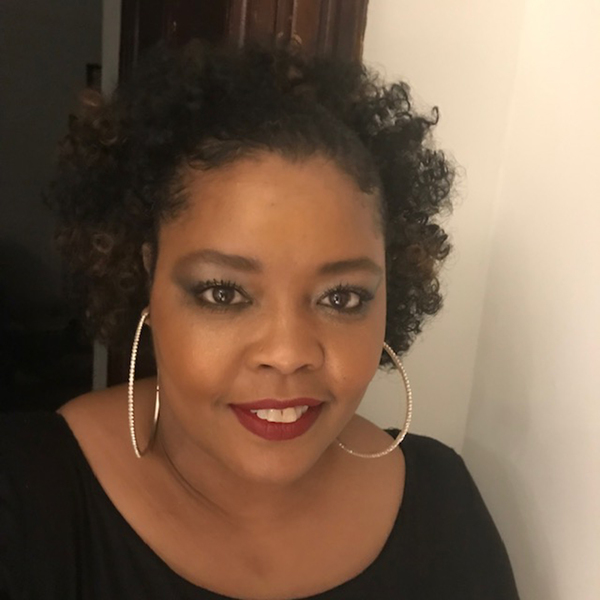 Nicole Sylvester is a writer/director/producer whose credits include the collaborative feature film The Owner, where Nicole joined forces with 25 filmmakers from 13 countries to produce/direct the first international feature film of its kind. The film was screened to packed theaters and landed the 25 filmmakers in the Guinness World Records for “Most Directors on an international film.”
Maya And Her Lover is her first feature film as sole writer/director. The film is about a woman who, stifled by complicated memories of her overbearing father and on the verge of becoming a recluse, begins a sexual relationship with a much younger man whose dark side impedes his journey as he navigates his way as a Black Man in America. The film, inspired by true events, may or may not be (it is) based on Nicole’s own personal experiences.
Nicole has been a director all her life – her family has always called her bossy – but her professional career began as a producer/director at a local cable company in Detroit. There she
was able to hone her skills culminating in her documentary Lonely Eagles: Airmen of Tuskegee, being nominated for a national Cable ACE and winning a local Cable ICE Award.
Nicole transitioned from cable to greener pastures of film production by directing the short films The Stop and minor blues. The success of these films helped to establish her as a burgeoning filmmaker on Detroit’s indie filmmaking scene.