On the Front Lines
Back to Index

Join Film Fatales on Friday, September 3rd at 2pm PT for a free panel discussion about Filming in Conflict Zones with documentary filmmakers Amber Fares (Speed Sisters), Elizabeth Mirzaei (Laila at the Bridge), Sedika Mojadidi (Motherland Afghanistan) and Siddiq Barmak (Osama) as they share advice on the strategies, logistics and hazards of filming in daunting locations. 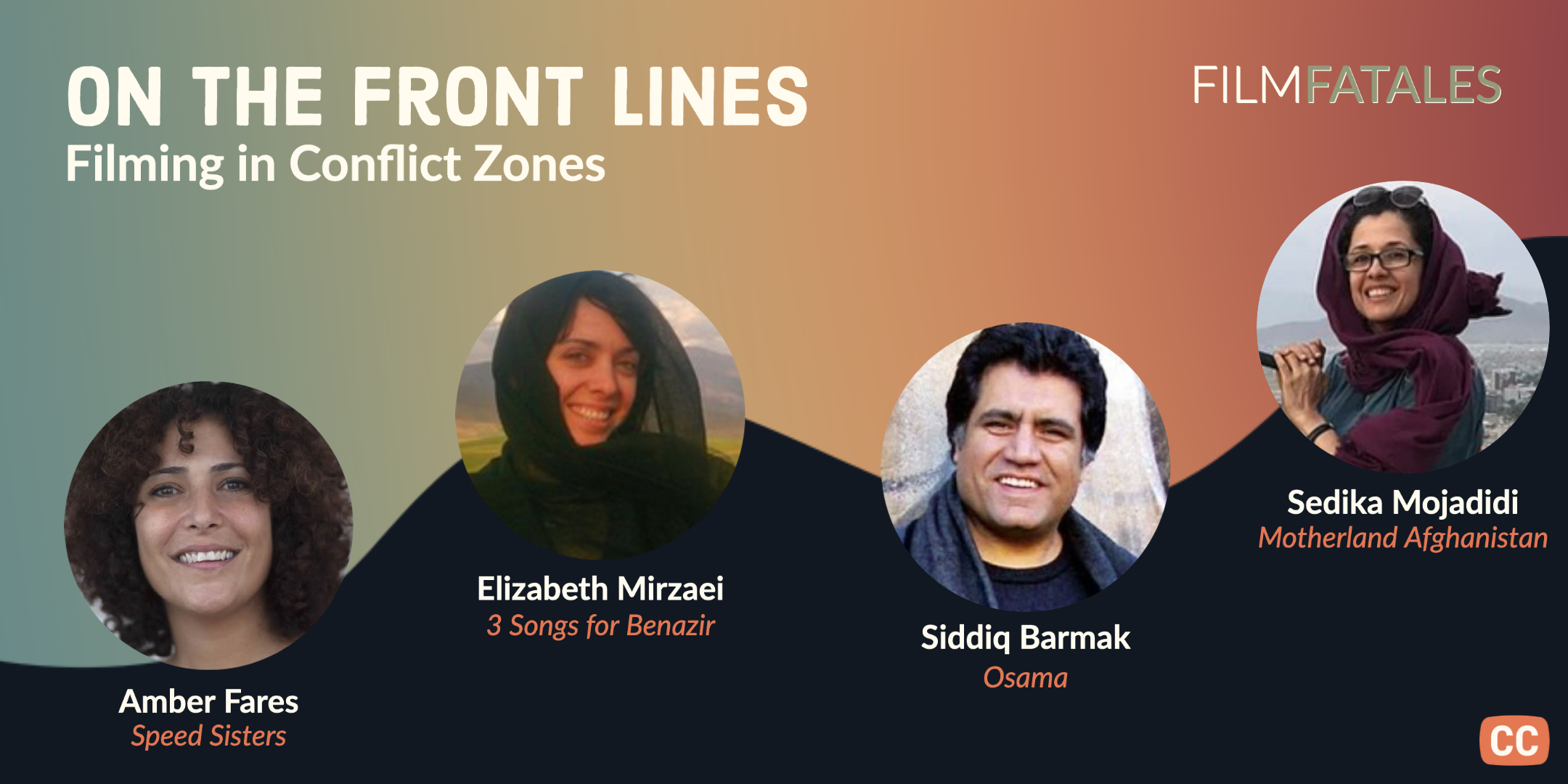 How do they make authentic films that resonate with the wider world? What is it like to work in a conflict zone, both technically and emotionally? How do they keep their stories intimate and their subjects safe? How can films shift culture and create tangible change?

This event is open to the public and will be accessible with live captioning. 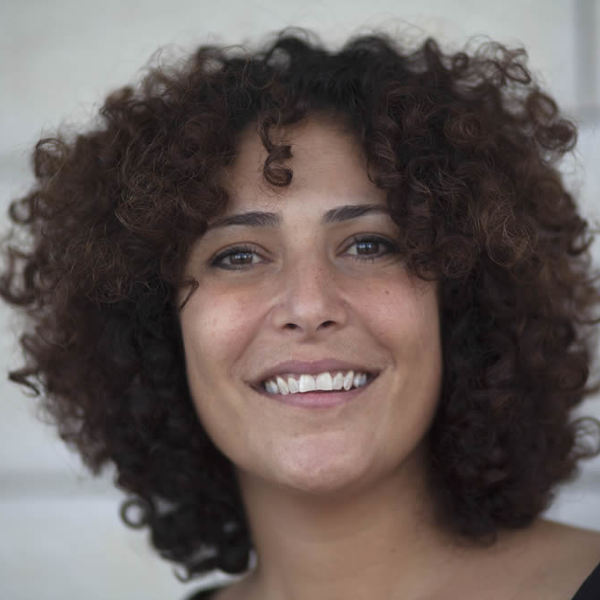 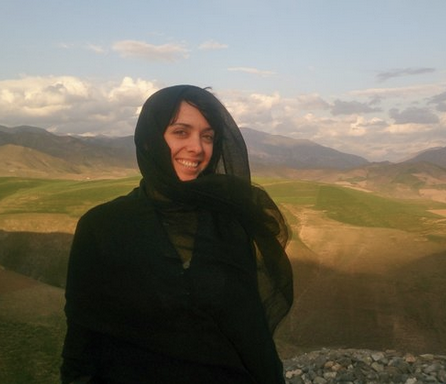 Elizabeth Mirzaei is a director and cinematographer of nonfiction films. Her first feature film Laila at the Bridge screened at dozens of festivals including Locarno and CPH:DOX and picked up numerous awards. Elizabeth previously lived in Afghanistan, where she directed films for Al Jazeera, the BBC, Discovery and numerous nonprofits. Elizabeth was a director and cinematographer on the BBC's The Killing of Farkhunda, which was nominated for a Royal Television Society Award, and a cinematographer on the Emmy-nominated documentary, What Tomorrow Brings. Her short films have also been shown before world leaders and key policy makers at the Oslo Conference on Women's Rights, the International Conference on Afghanistan in London and before an audience of 60,000 at the Global Citizen Festival in Central Park, New York. She is a 2020 Film Independent Fellow and a Moving Picture Institute Screenwriting and Cinematography Fellow. As a cinematographer, her work has been shown at Venice Film Festival, TIFF, and on POV. She is currently co-leading a peer mentoring circle with Women in Film, and is a member of Film Fatales and the Alliance of Women Directors. Elizabeth lives in California with her husband and daughter. 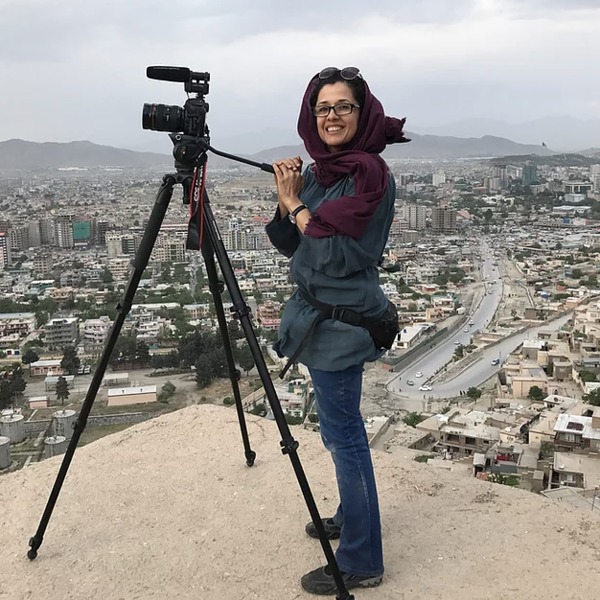 Award winning, Independent filmmaker and producer, Sedika Mojadidi directed the ITVS and Sundance funded feature documentary, Facing the Dragon (2018), which follows the lives of two extraordinary Afghan women as they are forced to choose between their family and their country. In 2018, the film won the Human Rights Watch Nestor Almendros Courage in filmmaking award and the Savannah Film Festival's Jury Award for Unheard Voices. Her first film, Motherland Afghanistan (2006), followed her father's struggle to make a difference in the maternal mortality epidemic gripping Afghanistan in 2003 and aired on the Independent Lens and Global Voices Documentary Series. Motherland, Afghanistan screened nationally and internationally at numerous festivals. Sedika has worked as a supervising producer on the critically acclaimed ABC documentary series, Boston Med and as a producer and camera woman on many television projects for the A&E Network, The Discovery Channel, Guardian Multimedia, TLC Network and the Food Network. Her writing was published in an anthology of Afghan American writing, One Story, Thirty Stories, winner of the 2012 Independent Book Publishers Silver Award for Best Anthology. Sedika was born in Kabul, Afghanistan and grew up in the United States. She has a MA in Film Theory from the University of Florida and an MFA in Video from the School of the Art Institute of Chicago.

Growing up in Afghanistan, Siddiq Barmak dreamed of being a cinema projectionist, but he eventually realized that he wanted to have a more hands-on role in filmmaking, and in 1987, he got his masters in film direction.In 1988, he made his first documentary short film, called The Disaster of Withering, and in 1991, he filmed his first full-length documentary: The Hadith of Conquer. From 1992 to 1996 Siddiq was head of the Afghan Film Organization while living in Kabul, but when the Taliban took control, filmmaking was banned, and Barmak was forced to escape first to the north, then eventually to Pakistan. Returning in 2001 after an American-led invasion brought about the collapse of Taliban, Siddiq re-established the Afghan Film Organization and went on to found the Buddha Film Organization. Unfortunately, all of Siddiq's previous works were confiscated and destroyed during the Taliban regime. Among his film credits is the Dari language film Urooj that depicts the Afghan resistance against the 1979 to 1989 invasion of the Soviet Union. Barmak decided to write and direct his first feature film, Osama (2003), after hearing a true story about a girl in Afghan who disguised herself as a boy during the Taliban regime so she could attend school. Barmak decided to use non-professional actors in the film and searched orphanages and refugee camps for his cast. He found a 12-year-old girl, Marina Golbahari, to play his main character on the street after she approached him to ask for spare change. Osama has won awards all over the world, including a Golden Globe for Best Foreign Language Film.