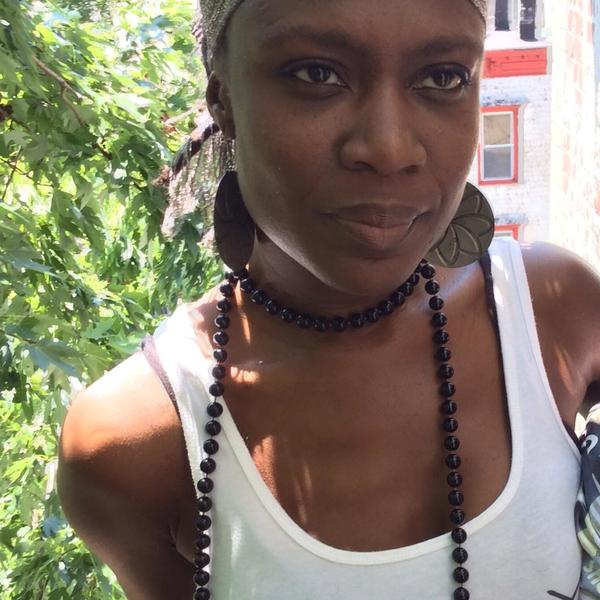 Dami (Akinnusi) Rock, a British-Nigerian filmmaker who works internationally. Her career in media started over 15years ago in broadcast television and music journalism working for LWT /Granada Media and hosting the Lil Miss Chatterbox radio show. She is also an alumni of the BBC/Skillset Millennium Awards, and recipient of the bespoke BBC Directing and journalism training. As part of her fellowship, she produced the film ‘Go to your room: The Bedroom MC Competition’, which was selected to tour internationally with the British Council, representing UK arts and culture. Her television directing credits include: “I used to be a Gangsta”, “Finding Inner Peace”, “Jude Law’s Nanny”, “Darklingdami About Town”, “Africans of the Burial Ground” and ground breaking film “Bleach My Skin White”, the first UK ITV documentary to tackle the issue of skin bleaching on primetime television. Her first feature ‘Malcolm's Echo: The Legacy of Malcolm X’ won the African Movie Academy Award for Best Documentary, and inspired her move to America, re-launching her film company Darkling Productions, and kicking off with an exclusive piece about "25yrs of Public Enemy". She has a number of projects in development; one of which asks: “Where are the Black Panthers of the 21st century?”