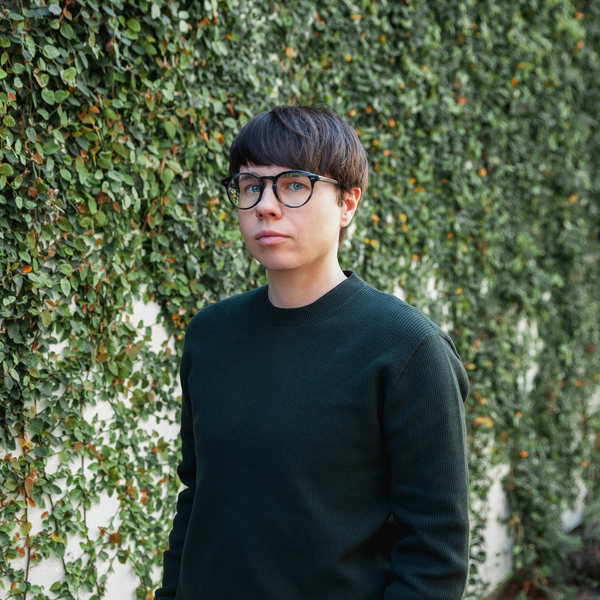 Aubree Bernier-Clarke (they/them) is a director and cinematographer based in Portland, OR and Los Angeles, CA. In 2013, Aubree participated in AFI's DWW program, through which they developed the queer coming-of-age horror short, The Night Is Ours, starring Bex Taylor-Klaus. In 2019, Aubree’s documentary short A Normal Girl, about intersex activist Pidgeon Pagonis, premiered at BFI Flare in London and the American Pavilion at Cannes Film Festival, and in 2020 won the Grand Jury Award for Best Short Documentary at the United Nations Association Film Festival. Aubree's web series The Library, which explores the nuances of LGBTQIA+ life and culture, is currently streaming on Revry.tv.
As a DP, Aubree shot the Chase Joynt-directed feature documentary Framing Agnes, which won the NEXT Innovator and Audience awards at Sundance in 2022.
Through the ITVS Humanities Documentary Development Fellowship supported by the NEH, Aubree is currently developing Intersex Justice, a feature documentary that examines the legacy of medically unnecessary intersex surgeries and the movement to ban them. Aubree is also co-creator of Diary of a Misfit, a forthcoming podcast about gender in the rural South with journalist Casey Parks.