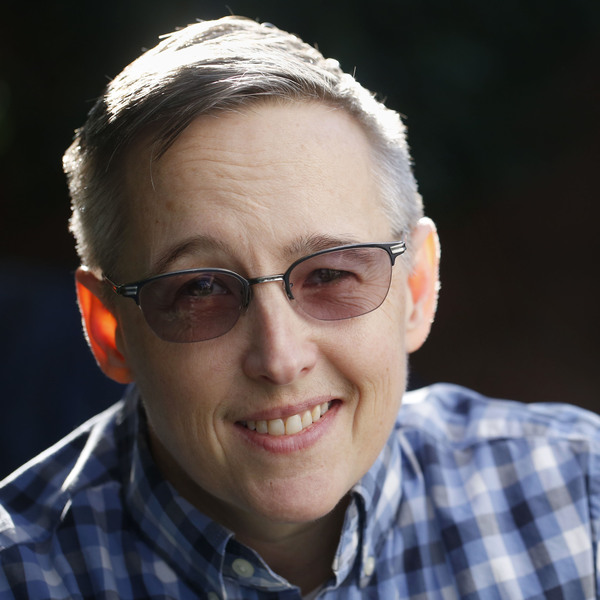 Jenni Olson's 16mm essay films have earned awards and acclaim for their uniquely contemplative storytelling style. Jenni's debut feature, The Joy of Life had its world premiere at the 2005 Sundance Film Festival and went on to play a pivotal role in renewing debate about the need for a suicide barrier on the Golden Gate Bridge. Her second film, The Royal Road premiered at Sundance in 2015 and won the jury award for Best LGBTQ Film at the Ann Arbor Film Festival. Jenni was a co-founder of the pioneering LGBT online platform, PlanetOut.com where she established the massive queer movie database, PopcornQ and launched the first showcase for LGBT streaming media, the PlanetOut Online Cinema. Jenni subsequently served as VP of e-commerce and marketing at Wolfe Video where she created the first global LGBT streaming movie platform, WolfeOnDemand.com. One of the world's leading experts on LGBT cinema history, Jenni's ambitious coffee table tome, The Queer Movie Poster Book, was a 2005 Lambda Literary Award nominee. She is on the advisory boards of the Outfest/UCLA Legacy Project for LGBT Film Preservation and Canyon Cinema, and on the board of the San Francisco Jewish Film Festival. She is also co-founder of the legendary Queer Brunch at Sundance and proud proprietor of Butch.org. Materials from her personal LGBT film archive have been featured in documentaries galore including Stonewall Uprising and I Am Divine.