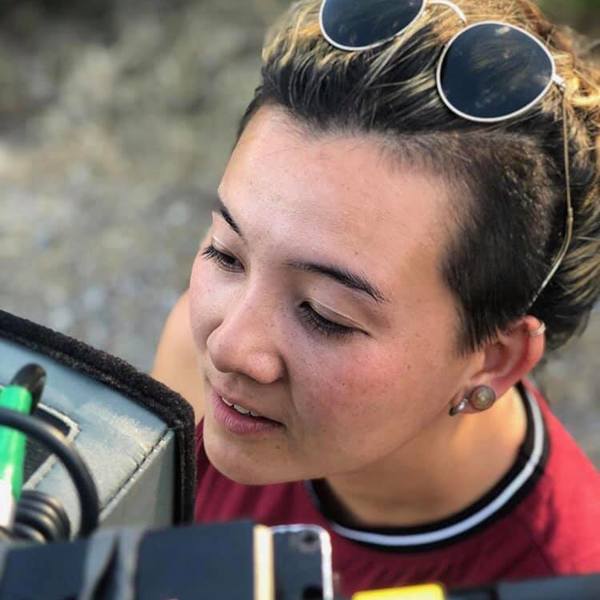 Marion Hill is a filmmaker whose roots spread from Vietnam to France and England, and is now been based in New Orleans.

Marion's work is devoted to narratives and visuals of queer femininity and femme power, using the camera to authentically center the nuances of queer sensibility, sexuality, sensuality and feminine agency across cultures.

MA BELLE, MY BEAUTY, their first premiered at the 2021 Sundance Film Festival and received the Audience Award for Best Film in the NEXT category. The film has also played at 2021's SXSW, San Francisco International, Seattle International, Outfest and Newfest, and was recommended in the New York Times' Sundance lineup. Marion's early short films Bird of Prey (2016) and Goddess House (2018) played at festivals including Frameline, Sidewalk, and Outfest Fusion, and collectively now have over 5 million views online.