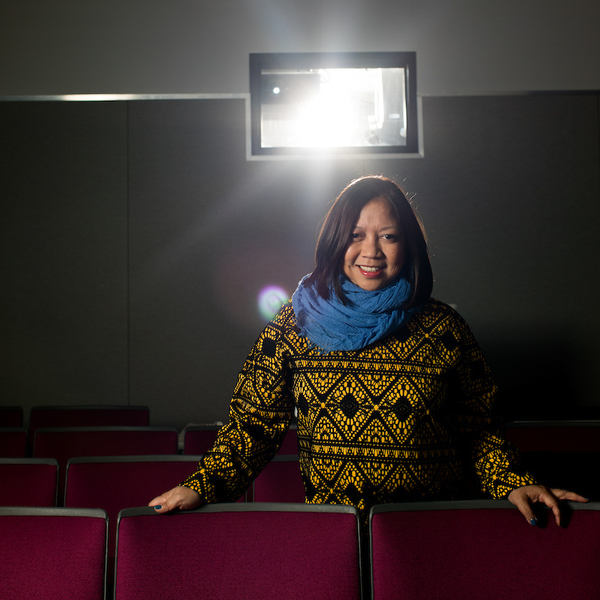 Ramona S. Diaz is an award-winning Asian American filmmaker whose films have screened at Sundance, the Berlinale, Tribeca, the Viennale, IDFA, SXSW, Hot Docs, and many other top- tier film festivals. All of Ramona's feature-length films— Imelda (2004), The Learning (2011), Don't Stop Believin': Everyman's Journey (2012), and Motherland (2017)—have been broadcast on PBS, on either the POV or Independent Lens series. Three of her films have premiered and won awards at the Sundance Film Festival. Motherland had its international premiere at the 67th Berlin International Film Festival and was nominated for an Independent Spirit Award for Best Documentary, a Peabody Award, and a Gaward Urian Award from the Filipino Film Critics. Her latest film, A Thousand Cuts, premiered at the 2020 Sundance Film Festival and had a theatrical release in August. It will be broadcast on Frontline in January 2021. Ramona was awarded a prestigious Guggenheim Fellowship and was inducted into the Academy of Motion Picture Arts & Sciences (AMPAS) in 2016, and in 2017 received a Women at Sundance Fellowship and a Chicken & Egg Pictures Filmmaker Award. She is a recipient of both a United States Artist and a Creative Capital Fellowship. Ramona's first film Imelda has been acquired by Kyra Sedgewick's Big Swing Productions with Ramona attached to direct and write the scripted adaptation; Don't Stop Believin' was acquired by Warner Brothers with Ramona attached to produce.