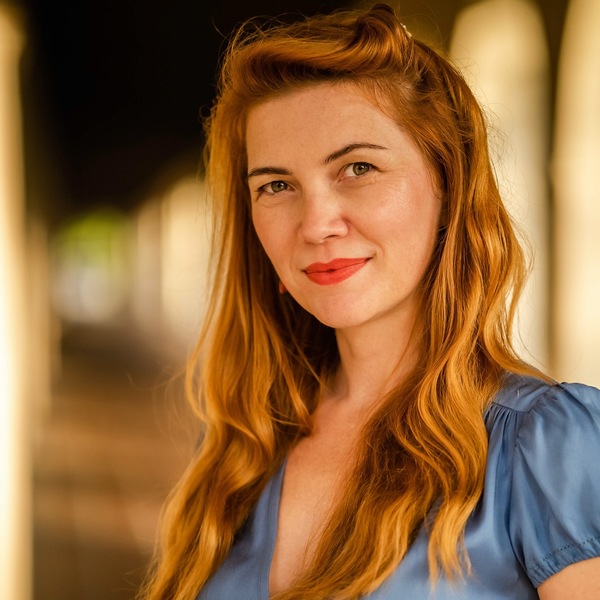 Originally from Bosnia and Herzegovina, Sabina Vajrača immigrated to the U.S. as a war refugee, and started her directing career in NYC theater.

Her critically-acclaimed feature documentary BACK TO BOSNIA (2005 AFI Fest / Director’s Choice, 2006 Crossroads) is featured in the top 100 of the greatest films directed by women by BBC and available on Amazon.

Most recently she co-directed a Warner Bros./USC feature drama VOODOO MACBETH, and wrote/directed a short drama VARIABLES, which won the DGA SFA Grand Prize and Alfred P. Sloan grant, and was nominated for the Student Oscars, Student BAFTA, and the HUMANITAS Prize.

Sabina is an Annenberg Scholar, an alumna of Ryan Murphy Half Directing Mentorship and the Nantucket Screenwriters Colony, and was in the top 25 selects for the 2020 HBO Directing Fellowship. Her feature screenplay FOR BURAZ was the 2018 Austin Film Festival Second Rounder and received the Stowe Story Lab’s Tangerine Entertainment Fellowship.

She holds an M.F.A. in Film and TV Production from USC School of Cinematic Arts and is repped by Paradigm.