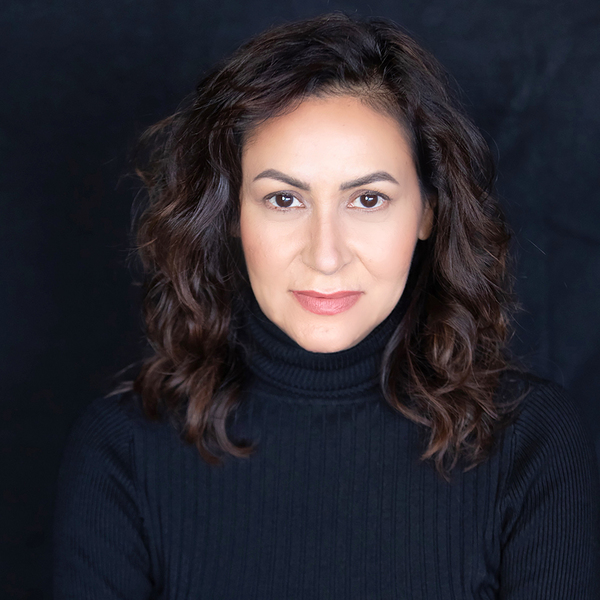 Carmen Marrón is a self-taught writer, director, and producer whose debut hip-hop drama, “Go For It!” was theatrically distributed by Lionsgate. The movie is based on her experiences growing up as a street dancer in Chicago. As well as writing and directing, she edited, cast the actors and co-composed the theme song.

Filmmaking became an aspiration for Carmen while she was working as a guidance counselor for high-risk Latinx students. Carmen’s vision was to write and direct stories that her students could relate to and be inspired to strive for a better future.
Go For It! sold out at festivals from coast to coast and won four Audience Awards. The New York Times hailed the movie as “an unpretentious rite-of-passage drama, thanks to the supple script and capable direction of Carmen Marron, the force behind “Go For It!”

Marrón’s second feature, ENDGAME, a coming-of-age story, premiered on HBO. It was based on true events about middle-school students in Brownsville, Texas. In 2019-2021, Carmen made her TV directorial debut on OWN’s hit series QUEEN SUGAR, created by Ava DuVernay. Carmen also sold/wrote a pilot for ABC Studios based on her experience as a pharmaceutical rep. She is currently in the process of pitching other drama pilots.

Marrón has been an international guest speaker for the US State Department in Latin American countries, promoting public diplomacy through her work in Latino Cinema and Education.