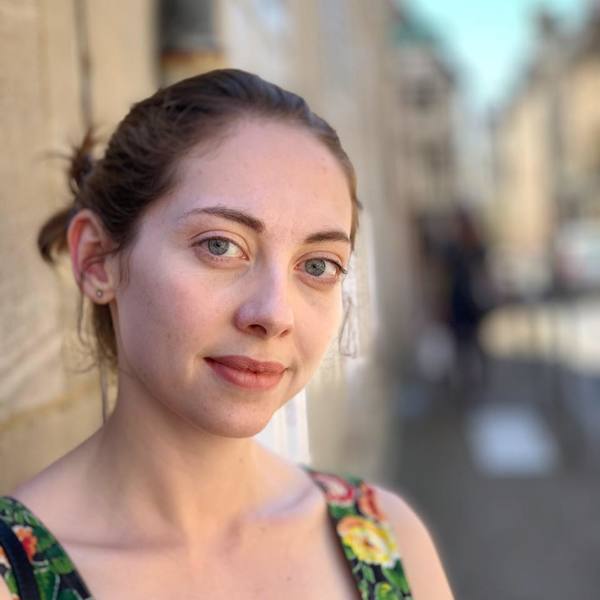 Charlotte Juergens is an award-winning independent filmmaker based in Brooklyn, New York. In addition to several short films, Charlotte directed the documentary feature Sunken Roads: Three Generations After D-Day, which is represented by First Run Features and will premiere theatrically in New York City and Los Angeles on Veterans’ Day 2021. Charlotte also works as an archival producer for films, theater, and museum exhibits. In that capacity, she collaborated on three projects that will premiere this year: the feature-length documentary How the Monuments Came Down, an exhibit titled New York, New Sounds for the Museum of the City of New York, and an immersive theater experience called Margarita Live. Her past archival work ranges from the Oscar-nominated short documentary Joe’s Violin to two years as a research specialist at NBC News Archives. Charlotte will begin her Ph.D. in American Culture at the University of Michigan in fall 2021, where she will study American commemorations of contested history. She holds an M.A. in History from the University of Chicago and a B.A. in History from Yale.