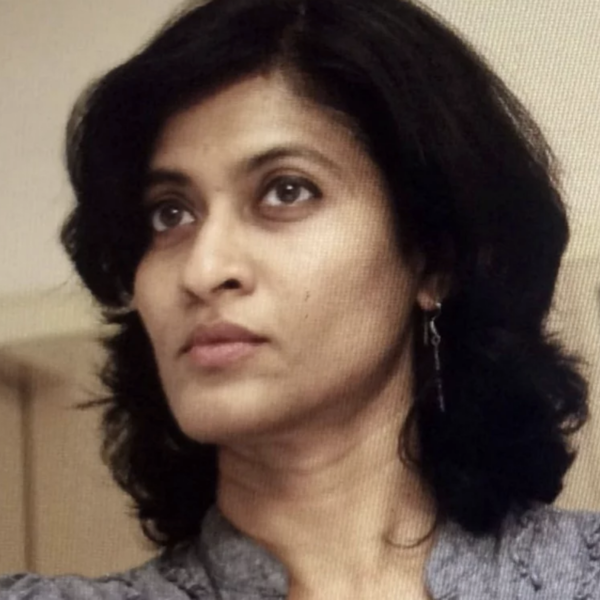 Chithra makes intimate films about identity, human relationships, race, art, and health. A failed attempt to fund a film in India led her to quit a decade-long career as a Physical Therapist and get an MFA in film. Her documentary work is supported by BGDM Sustainability Grant, Jerome Foundation, Center for Asian American Media, New York State Council for the Arts, Puffin Foundation, BAVC Media Maker Fellowship, Made in New York Fellowship, American Institute for Indian Studies, Lancet, Dance Films Association, and pitched at competitive industry events like the IFP project forum, Sheffield Meet Market and DOC NYC. Currently, she is working on a feature documentary called Our Daughters that provides a rarely seen look at open adoption in America through an immigrant lens: A South Asian woman desperate for motherhood and a single white mother seeking a home for her twins cross paths unexpectedly. Through open adoption both take big risks and make surprising choices for their daughters. In addition to making her own films, she enjoys and edits for a living. In the near future, she hopes to direct narrative features and fantastical episodic content. She is an avid runner and has completed 14 marathons. Food is her first love.