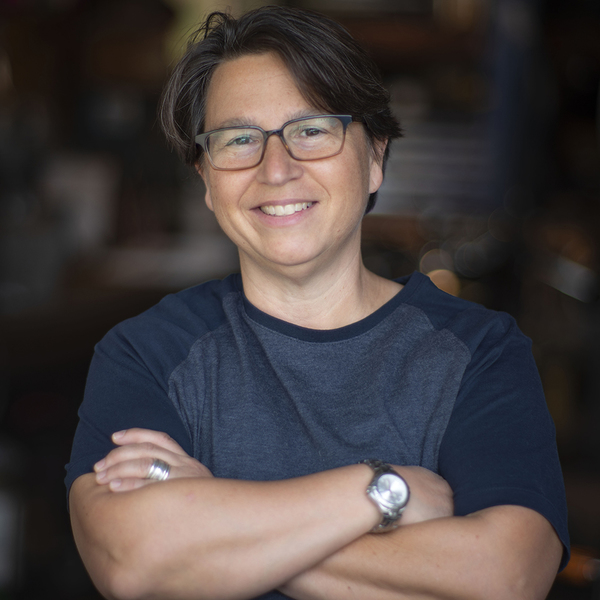 Chris J. Russo’s award-winning short films have screened all over the world, including the Sundance Film Festival, and have been broadcast on Showtime, PBS, IFC, LOGO and NETFLIX. She is a 2018 fellow of the Sundance Institute/Women In Film Financing Intensive with “Lady Buds,” and is also a fellow of Film Independent’s Director and Screenwriters Labs, with her project, “Directed By Dorothy Arzner." Notable short film credits include, “A Woman Reported," about the moments before a hate crime occurs; “Size ‘em Up," a coming of age story; “Straight Down The Aisle: Confessions of Lesbian Bridesmaids,” winner of the 2000 Outfest Best Short Documentary Award for its poignant view on marriage non-equality (pre-Prop 8); and numerous music videos.

After receiving two art degrees in Photography — a BFA from the University of Buffalo and MFA from the Visual Studies Workshop in Rochester, NY — Russo moved to Hollywood and worked for Kodak for 15 years and as a Post Production Supervisor on over 15 feature films. Russo is an exhibited fine art photographer, with recent group shows in Los Angeles, West Hollywood and Beverly Hills. She has dedicated the last four years to producing and directing “Lady Buds,” her first feature film which will be having its world premiere at Hot Docs 2021.