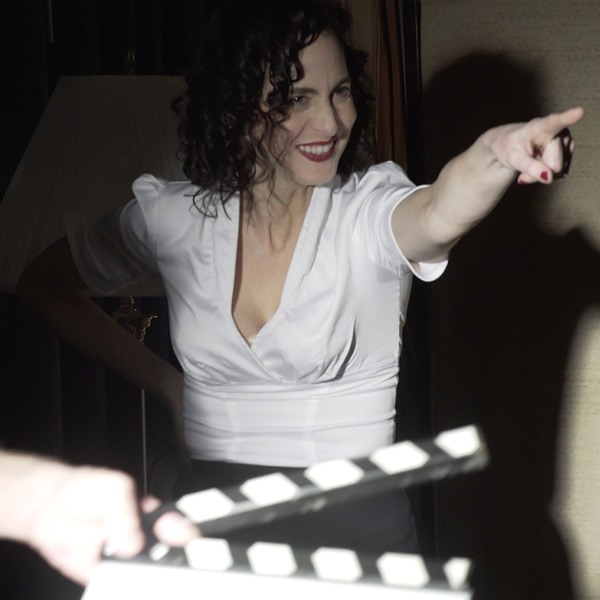 Jeanne Marie Spicuzza is a writer, actress, producer, director, painter and herbalist, and the founder of Seasons & a Muse entertainment conglomerate. A member of the Alliance of Women Directors and Cinefemme, Jeanne Marie holds a B.A. in philosophy and psychology from the University of Wisconsin-Milwaukee. While working on her M.A. in philosophy, she studied acting in London and Los Angeles, and art history in Italy. Nominee, finalist and winner of various awards, including the Academy of Motion Picture Arts and Sciences Nicholl Fellowships in Screenwriting, the Golden Headset Award, the National Organization for Women “Woman of the Year,” and the Shepherd Express Best Performance Artist of the Year, Jeanne Marie is an international performer, published in 'A Gathering of Tribes,' 'Blue Fifth Review' and others. Her VDKUF award-winning premiere feature thriller "The Scarapist"™ screened at festivals, including a world premiere at LA Femme Film Festival, and at the Berlinale European Film Market. Since its limited release in Landmark Theatres, "The Scarapist"™ is now available On Demand. Jeanne Marie completed her second motion picture, “Night Rain,” a thriller that she wrote, co-executive produced, co-directed and stars in, slated for release in 2021. She is in pre-production of her third feature, “Making Angels," and is in development of “Breath of God,” an award-winning biopic, a television special and her latest screenplay. Jeanne Marie lives in Los Angeles.