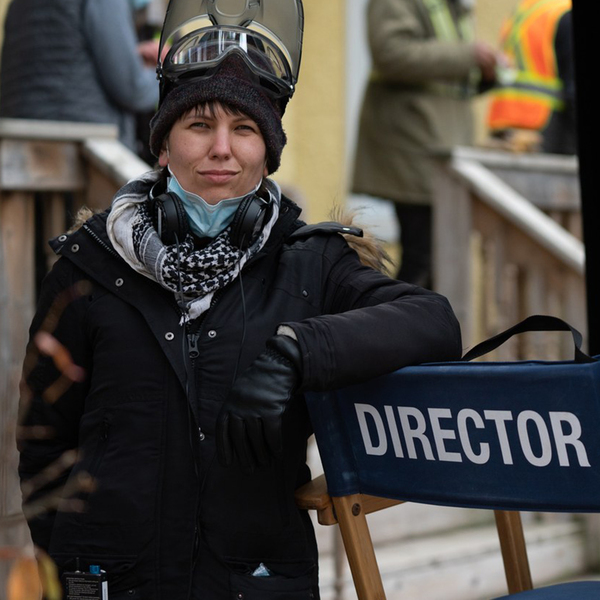 One of the most compelling and versatile filmmakers working in Canada today, Madison Thomas was named one of Playback Magazine’s “Five Filmmakers to Watch” in 2019. A storyteller of mixed ancestry (Ojibwe/Saulteaux & Russian/Ukrainian settler), Thomas is based out of Winnipeg, Manitoba in Treaty 1 territory. She has a rapidly growing number of credits as a writer, director and editor across several genres, formats and platforms. Her nuanced and unique work has played festivals and won awards worldwide.

Thomas’ recently wrote and directed on Season IV of the CBC/CW/Netflix hit Burden of Truth. She also wrote and directed an episode of the new APTN Music Doc series “Amplify.” Thomas served as a writer and voice director of the new TVO pre-school animated series “Wolf Joe.” In Spring of 2021 Thomas will go to camera with her new Telefilm supported feature, post apocalyptic drama “Finality of Dusk” with Eagle Vision Inc.

Thomas launched onto the national stage from Winnipeg’s indie film scene by appearing as a finalist on CBC’s Short Film Faceoff in 2014. Since then Thomas has made several short narratives and docs including “Seven Drinks”, “Exposed Nerves”, “Zaasaakwe (Shout with Joy)” and “Fourth Period Burnout.”

Thomas was a key director, editor, and researcher for the award-winning APTN/CBC Docu-Drama series Taken which shared the stories of Canada’s Missing and Murdered Indigenous Women and Girls for four seasons.