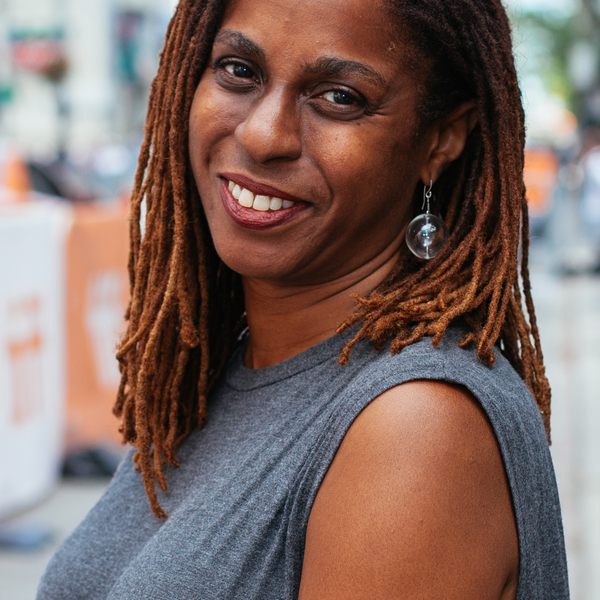 Nadine Valcin is an award-winning bilingual producer, writer and director. Her factual and documentary work has been shown in Canada on CBC, CBC News Network, TVO, W, Artv, Réseau de l'information (RDI), Société Radio-Canada (SRC), TFO, as well TV One and the History Network in the United States She has directed four documentary projects for the National Film Board of Canada, including the critically-acclaimed Black, Bold and Beautiful (1999) and Une école sans frontières (A School without Borders, 2008). Most recently, her short experimental film Heartbreak was one of 20 finalists among over1700 submissions to the inaugural TIFFxInstagram Shorts Fest in 2016. Her current focus is on dramatic projects. She has written and directed three short narrative films, and is developing two feature films - Trajectoires (in French) and My Angel (in English) - as well as the virtual reality experience Ghosts of Remembrance. Nadine has been awarded numerous grants and prizes including two prestigious Chalmers Arts Fellowships and a Drama Prize from the National Screen Institute for the short film In Between. She holds a professional degree in architecture from McGill University and is an alumna of Doc Lab, Women in the Director's Chair, and the National Screen Institute. She was an artist-in-residence for the 2015-16 academic year at Osgoode Hall Law School at York University and the recipient of the 2016 WIFT-T/DGC Ontario Director Mentorship.