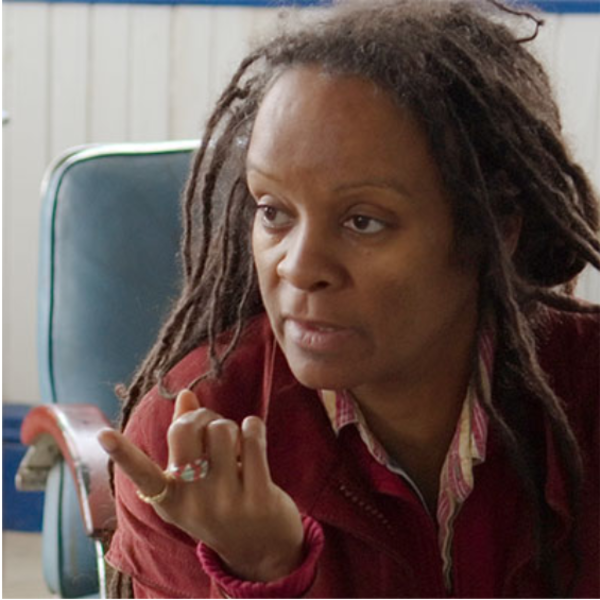 Véronique N. Doumbé has roots in Cameroon (Central Africa) and Martinique (West Indies). She was born in France and raised in Cameroon, France and Ivory Coast. She is both a narrative and documentary storyteller who wears multiple hats as producer, director and editor. Her first feature documentary Denis A. Charles: an interrupted conversation about Free Jazz drummer Denis Charles won Best Documentary Production at the XVII Black international cinema in Berlin and the Audience Award at Detroit Docs in 2002. It is now available online on https://kweli.tv. She has directed music videos and shorts films. Her first short Luggage, which she wrote, directed, and edited, was screened at the Short Film Corner in Cannes in 2007. The Birthday Party, written by Sherry McGuinn, won the Best Micro mini Award at Reel Sisters of the Diaspora Film Festival in 2009 and the Dikalo Award 2009 for Best Short at the Pan African Film Festival in Cannes. She co-directed Woman to Woman (2013) with her daughter Malika Franklin. The film is a conversation between NY mothers and their teenage daughters and is available on https://distrify.com She was the editor and co-producer of "Imbabazi: Le Pardon", Rwandan genocide survivor Joel Karekeziís first feature. The film won the Nile Grand Prize at the Luxor African Film Festival in 2014. It is distributed in the US through Global Lens Series and can be streamed on http://www.amazon.com