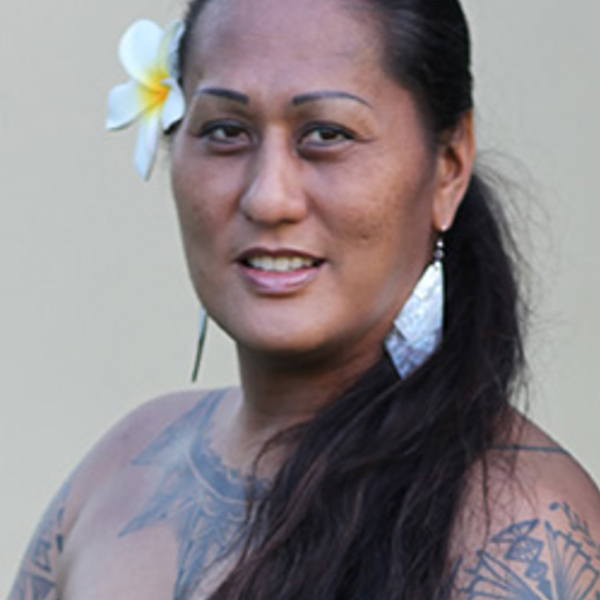 Kumu Hina is a Native Hawaiian teacher, cultural practitioner and filmmaker who uses digital media to protect and perpetuate indigenous languages and traditions. She began her film work as a protagonist and educational advisor for the award winning films Kumu Hina and A Place in the Middle, and received a National Education Association Human Rights Award, Native Hawaiian Educator of the year and White House Champion of Change for the groundbreaking impact campaigns associated with those films. Continuing her journey to the other side of the lens, Kumu Hina produced the PBS/ARTE feature documentary Leitis in Waiting and award-winning short Lady Eva about her transgender sisters in the Kingdom of Tonga. Most recently Hina wrote, directed, narrated and produced Kapaemahu, an animated short that premiered at Tribeca and has won three Oscar-qualifying awards. Hina is also a transgender health advocate, burial council chair, candidate for the Board of Trustees of the Office of Hawaiian Affairs, and composer of “Ku Haaheo E Kuu Hawaii,” the internationally known anthem for the protection of Mauna Kea.