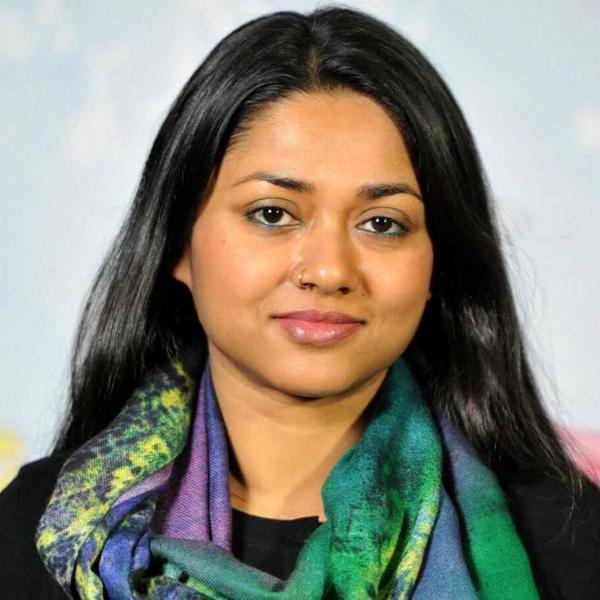 Rubaiyat Hossain (Bengali: রুবাইয়াত হোসেন) is an internationally acclaimed Bangladeshi director, writer, producer and researcher. She debuted as a feature filmmaker in 2011 with Meherjaan, a film about a Bengali woman's love affair with a Pakistani soldier during Bangladesh's 1971 war of independence. The film was controversial in Bangladesh and pulled down from cinema halls by its distributors just a week after its release. It did however participate at several film festivals and won a handful of awards. Her next film, Under Construction, was released in 2015 and tells the story of an urban middle-class woman in an unhappy marriage who plays the role of Nandini in Tagore's play Red Oleanders (Raktakarabi). It has been screened at film festivals around the world and received several awards. Her recent film, Made in Bangladesh, is premiered at the 2019 Toronto International Film Festival following the participation at BFI London Film Festival and other major festivals.