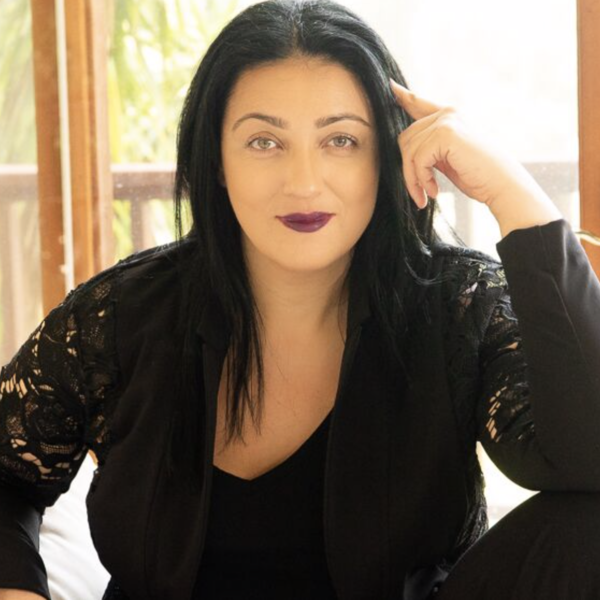 Stavroula Toska is a multi-award-winning writer, director, actress and content creatrix, known for pushing boundaries through her unique storytelling and POV. Her works have received global recognition, including top honors from the New York Women in Film and Television. Her passion, focus, leadership and work ethic have led to collaborations with industry veterans such as Academy Award winner Olympia Dukakis and Emmy winner Cady McClain. Stavroula's latest project, SWITCH, is a 13-time-award-winning scripted web series based on her years of working as a dominatrix in New York City. She is currently developing SWITCH into long form episodic and writing her first book about her experiences during those years. Season 1 of the web series is available at www.switchtheseries.com

Stavroula founded The Toska Matrix Productions as her vehicle for sharing untold stories and crafting work that taps into the essence of who we really are, exploring trauma and healing while entertaining and educating. Some of her most notable works include her multi award winning directorial debut, Beneath the Olive Tree - a feature documentary narrated by Academy Award winner Olympia Dukakis, IN THE VICE, The Sounding, PRONOIA, Livin' the Dream and more.

She splits her time between Los Angeles and New York City, and serves as a mentor for underserved youth at Reel Works, is on the board of the Hellenic Film Society USA and Film Fatales, and advocates for victims of domestic violence.