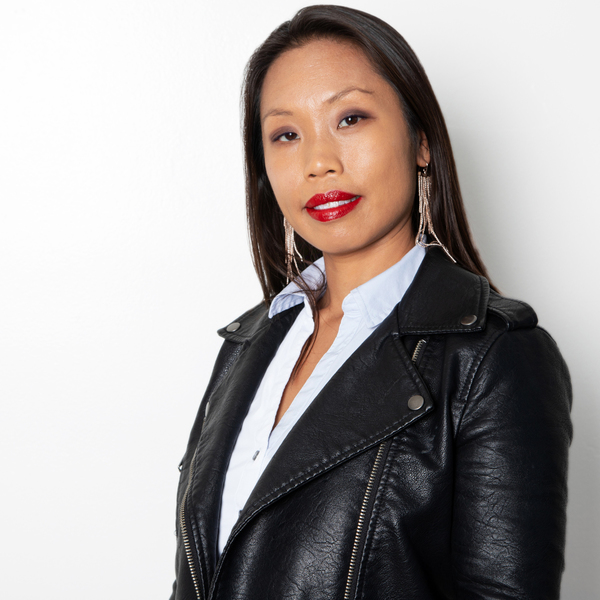 Recognized on the 2020 & 2021 Black List, Tricia Lee is an AAPI female filmmaker who creates heart-breaking and heart-warming features with a sense of uplifting humor. Growing up in Toronto and fighting for her Green Card in order to step-up her career in Los Angeles, she tells stories from a Canadian perspective looking in at the American Dream and loves to explore ideas around belonging, voicelessness and shared humanity. GOOD CHANCE, her feature script being produced by Leonardo DiCaprio's Appian Way and Janet Yang was on the CAPE List, a top 50 finalist in The Academy Nicholl Fellowship, grand prize winner Francis Ford Coppola's Zoetrope Screenplay Competition, top 14 finalist Universal Studios Writer's Program, winner Cinequest Best Feature Screenplay and selected for the prestigious Producers Guild of America Power of Diversity Master Workshop. She is the showrunner and sole writer on 8 episodes of the animated anthology A BANQUET FOR HUNGRY GHOSTS produced by 108 Media. Tricia will be directing a William Hung (American Idol) biopic which she also wrote and is being produced by Don Handfield (The Founder), Tony and Tim Bui (won Sundance Grand Jury Prize & Audience Choice Award). Lee has directed 3 award-winning features including BLOOD HUNTERS, which sold to Hulu and was presented in Cannes by Frontieres and SILENT RETREAT, which was theatrically released across Canada and sold to NBC Universal’s Chiller Network.