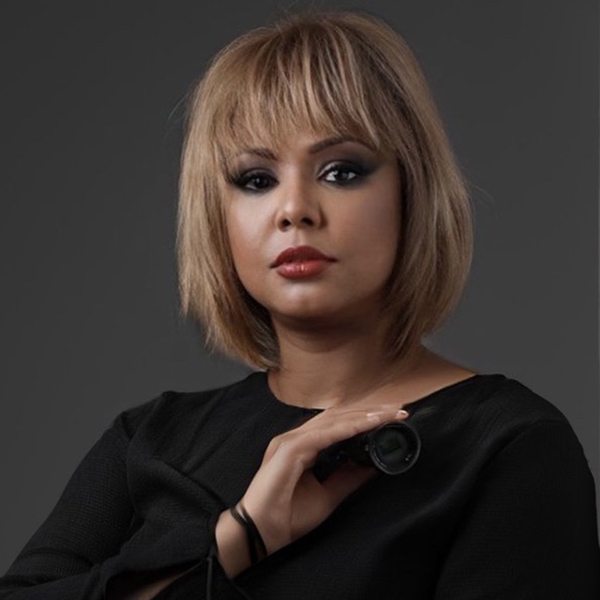 Gigi Hozimah is a filmmaker and director who was born in Mecca, Saudi Arabia. Her most notable work is "He Belongs To Us," a psychological horror film. Born into a large family and the youngest of 10 siblings, Hozimah lost both parents while still a teenager. She was allowed to study film abroad in England on the condition her oldest brother accompany her - neither of them speaking English at that time. Afterward, and with support from her sister, Hozimah graduated with a Bachelors in Television and Video production from Southhampton University and then continued her studies at Kingston University, earning a Masters in Filmmaking.

Previously an on-screen television presenter for Al Alamia TV in London, England, Hozimah would eventually move to New York City to pursue a career in filmmaking. There, she co-founded Look At The Wall Productions, named for a wall in her studio apartment adorned with movie posters from which she drew her artistic inspiration.

Her feature film debut, "He Belongs To Us," was released to a warm reception in 2019. One critic described her as "One of a kind of her generation...the first Saudi film director to make an art house horror film."

Her sophomore feature, "That Abandoned Place," which also garnered several positive reviews among film circles, will premiere in Fall, 2021.